Another Big Decision Made

Posted on October 1, 2015 by Chris Hambleton

A couple weeks ago, I made the big decision to stay put here in Colorado, to not start a new life in another place. It wasn’t an easy decision for me to make, and I find myself still waffling a little bit about it from time to time, but I know I really don’t have much of a choice — at least not at this time.

To make a long story short, I had been intending to move to the East Coast early next summer right before the July Fourth holiday. After our first daughter was born fifteen years ago, we moved from Silicon Valley to Denver to be closer to my wife’s family, while most of my family is scattered back east. So when my marriage ended earlier this year, I realized that there wasn’t really anything keeping me here — except my youngest daughter who is just entering her teenage years. She would be staying with her mother while my other daughter (who’s graduating later this year) would be coming with me.

For several months, I’ve been very enticed by the prospect of a brand new life, somewhere to practically start over from scratch. After all, I’ve done it before — three times in as many years after graduating high school, as a matter of fact! A new state, new climate, new sights, new home, new job, new friends, new

everything. My career as a software developer is highly portable/mobile, and a wide variety of options are available to me. Since I love the ocean, I had first planned to move somewhere in Florida, then settled on southeastern Virginia in the Virginia Beach area — right where the hurricane is headed this weekend. However, after looking at the job market and looking at the cost of living, my prospects shifted slightly south to Raleigh.

Since Colorado is about as far away from an ocean as you can get in the United States, anywhere within an hour or two of the beach was fine with me! Also, I love to
sight-see and travel, particularly to historic locations, and the East Coast is full of rich American/colonial history, whereas much of the West is decidedly not. Instead
of having to fly everywhere to see friends, family, and new places, I could simply pack a bag and drive several hours.

I’m the type of guy who doesn’t like to have much clutter or even many possessions lying around. I like to live simply, debt-free, and unencumbered by stuff, and that means not being attached to many possessions. I’m a firm believer that we should own our possessions rather than letting our possessions own us! I usually couldn’t really care less about what type of car, gadgets, clothes, electronics, tools, etc. I have as long as they’re working well and are in decent condition. Since my marriage went south, I’ve been in this mode of wanting to get rid of just about everything I have so I can get back to a much simpler time when I could throw literally all of my worldly possessions in the car and drive off into the sunset (or rather, the sunrise!).

But then something changed my mind about the entire move: what would happen to my youngest daughter if I left without being able to be a regular, physical presence in her life?  What type of woman would she become without her father being around? What would our relationship be like years from now if I moved away? Of course, we had made plans to Skype/Hangout every day or two and visit several times a year, but that still cannot make up for being closeby. Though I wasn’t thrilled about how I came to that conclusion, I’ve come to see it as God giving me a glimpse of what would likely happen if I did move away, and I didn’t like what I saw at all. Alas, that blissful drive eastward to greet the dawn would have to wait for a long time.

At first, I sulked about it for awhile and even tried to convince myself a few times that she would be fine if I moved across the country. She would still be surrounded by great family and living in a loving home with her mother. She would still have everything she needs and be close to her friends and we could still talk all the time, probably even more than we do now! But none of that can replace the physical presence of her father — ME and only ME — in her life. I may have two daughters, but I’m the only father they’ll ever have.

I grew up in a relatively stable home out in the country and both my parents were around all the time. The five of us had dinner together every night (until I began working in high school) and they were always there for us. There was never any question nor even thought of what life would be like if one of them wasn’t around, much less living in another house — or another state!

I cannot imagine what my relationship with my parents would be like if our home had been broken while we were still growing up. I cannot imagine what my daughter’s relationship with me or her sister would be like if we moved away next year, and now I don’t have to. Though I may have regrets about not moving east sooner someday, those will be nothing in comparison to the regrets I would have about moving away from my daughter, particularly as she just starting to become a young woman and needs male role-models the most!

Needless to say, my irritation over having to put my own life on hold for several more years didn’t last nearly as long as I thought it would, and several hours later I saw how staying could actually become an ultimate good. Besides, that’s a big part of what being a parent is all about sometimes: putting our own lives, hopes, and dreams on hold for awhile so our kids can have theirs — so we can give them every opportunity to have better lives.

Colorado has a fantastic climate, beautiful 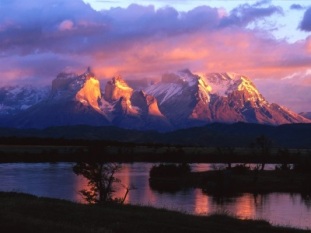 mountains, a great job market (at least for technology), lots of open spaces, and is still pretty affordable, at least compared to the coasts! I’ve only seen a fraction of Colorado, and then there’s the great places nearby like Utah, New Mexico, and other states in the big West. And to top it all off, my youngest daughter is here and I’ll be able to spend oodles of time with her and help her keep growing up into a great young woman.

So many of our attitudes about life and our relationships are determined by our focus. When we let ourselves focus on what we’ve lost, what we think we’re missing out on, or what we want that is just out of our grasp, we can easily make ourselves downright miserable! When we focus on what we don’t have or can’t do, literally nothing will lift us out of that place. We pout, sulk, or even lash out with our very own grownup temper-tantrums that not only embitter ourselves, but also pollute the moods/attitudes of everyone around us — and usually those we love the most!

This last year has been one of the worst in my life — if not THE worst so far. But I know that God will use all of this for good, even the really bad stuff — even the really painful stuff that no one should ever have to go through.

A big part of the past year has been about making big life decisions while trying to minimize future regrets. Often I’ve thought about what people regret or wish for when they come to the end of their lives, and it always involves other people and relationships — and never places, things, or the like. In the end, it’s all about God and other people.

When we choose people

over things, places, or even experiences, our regrets will be small, if we even remember them at all! But when we choose what we want over people — stuff that we’re really just being selfish about or impatient for — those decisions cause the biggest regrets that can haunt us for the rest of our lives. At the end of the day, at the end of our lives, it’s all about how we loved God and how we loved those around us.

At the end of my life, having to wait a few more years to start a new life will be incomparable to being with my daughter as she finishes growing up. Moving east and starting over will be nothing compared to knowing that I invested in those who were nearest and dearest to me.

“For I know the thoughts that I think toward you, says the Lord, thoughts of peace and not of evil, to give you a future and a hope.” — Jeremiah 29:11

Chris resides in Denver, Colorado, where he is employed as a software developer and consultant. He has authored more than a dozen books, as well as developed several websites, software applications, and written software-related articles. His other interests include traveling, hiking, running, studying the Bible, reading American history and politics, and literally devouring good fiction books. Recently, he has been learning to enjoy classical music, playing the piano, and learning Hebrew.
View all posts by Chris Hambleton →
This entry was posted in Character, Family, New Beginnings, Personal, transitions and tagged Character, faith, Growth, new beginnings, personal, Prayer, transitions. Bookmark the permalink.

2 Responses to Another Big Decision Made