Life After Divorce: No Dating Allowed

Posted on December 8, 2015 by Chris Hambleton

Dating. For recently divorced people, it’s often the proverbial elephant in the room. The subject of dating usually comes up right after the uncomfortable admission of divorce is uttered. Along with deciding to stay put in Colorado until my youngest daughter graduates from high school, another decision I made awhile back is to not really date for at least a year, which 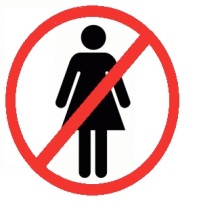 hasn’t been easy at times!

While I’ve read (and agree with) that it’s always good to take some time off between relationships to restore yourself, build other friendships, and pursue other interests, the main motivating factor for me was to prove to myself — possibly for the first time in my life — that I didn’t need anyone special in my life for me to feel loved and content. Now, there are some extenuating circumstances that have helped make this decision somewhat easier (or at least clearer), such as my oldest daughter finishing homeschooling this spring, having to sort through all the clutter and junk that’s accumulated over the past twenty years, and the fact that my ex-wife is staying in the house with us for the next six months.

The main component to this decision was a very strong sense that God wants me to set aside a portion of my life in which my heart is devoted solely to Him and no one else,  outside of friends and family. I don’t like to think of it as a vow, because Jesus said you shouldn’t make them and that they usually end badly (see Matthew 5:33-37). It was another one of those moments of “Really, God? Are you sure about this?” at first and then my somewhat reluctant acceptance of “Okay, so exactly how long are we talking about here, Lord?” What I’ve settled on is to wait one month for every year I was married, which comes out to about year and a half. Something I started a couple years ago was setting aside the first portion of my day to spend with Him, to place Him first and foremost before I get too tired or too busy. So this commitment is sort of like that but on a much larger/longer scale. Unfortunately, I’m not getting any younger and my hair certainly isn’t getting any thicker!

Now that I’m several months into this new life as an unmarried parent (i.e., divorcee), I’m noticing some interesting things, especially as I’m moving out of the Five Stages of Grief with regards to the divorce (Denial, Anger, Bargaining, Depression, Acceptance). The overall experience felt like one long grief cycle that lasted about a year but overlapped with many smaller versions of the same cycle being repeated monthly, weekly, and sometimes even daily (or hourly!) that gradually decreased. At times, it was hard to even see straight from all the different emotions, but not getting involved in any new relationships has definitely been beneficial in several tangible ways.

First, I’m growing closer to God and looking to Him more throughout the day, particularly the evenings and weekends when I feel lonely. After being in a serious relationship for almost twenty years (married for 18+), it’s not easy to eschew companionship after having that friendship and intimacy for so long. It’s not easy sleeping alone night after night holding a pillow instead of someone warm and soft. However, I am starting to understand 1 Corinthians 7:32-35 better, in that now my concerns are no longer divided between someone else (such as my former spouse) and the Lord. Now I seek Him first — which I should’ve done all along — instead of anyone else for comfort and solace. Also, I really only have to seek to please Him with my attitudes, actions, and conscience and no one else. While I would like to say that it’s easier now, it’s really not; I would say that it’s different, but not easier. But at least I’m not divided against myself and no longer have to “serve two masters” who were sometimes at odds.

Second, this commitment has forced me to keep busy and active. Instead of focusing on dating and all that goes with it, I have been devoting more time to writing, volunteering, reading tons of books (150 this year!), learning Hebrew and AngularJS, my lengthy bucket-list, and of course, spending time with my kids and friends. In those endeavors, I’m regularly pushed out of my comfort-zone and am meeting new people. Often, it feels much like that Seinfeld episode when George gave up dating and suddenly became more intelligent, friendly, and less self-involved, though I won’t be breaking my commitment for some cute Portuguese waitress!

Third, I feel much more stable emotionally and relationally, which is just what the Doctor ordered after going through a divorce. No divorce is easy, no matter how cordial both parties may have been during the process. There is a definite grieving period in divorce which cannot be short-circuited or sped up. For some people it’s a few months while others it can continue for years. The grieving process after a divorce feels very much like mourning a loved one, because it is! Divorce is the death of a marriage, the most important relationship in your life (aside from the Lord, of course), along with all the hopes, dreams, and memories it once held. Grieving the death of a marriage is difficult, ugly, and downright painful — yet it must be allowed to occur.

I believe that the primary reason that most second marriages also end in divorce is because divorce is treated more like a dating breakup than a death, and that the divorcee(s) haven’t finished going through the grieving process before they begin dating again (or even get remarried!). In the past when I’ve been interested in someone, I would go on this emotional roller-coaster of highs and lows, and it’s been a welcome relief not to feel all those twists and turns (and loop-d-loops!) while I’m adjusting to my new circumstances. I don’t want to feel desperate on any level to regain the intimacy and companionship that was lost. I can’t imagine experiencing the thrill of a new relationship and then the crash of a breakup soon after a divorce. Besides, what would it say to my daughters to watch me pursuing a new relationship after being married for so long, especially while they are still adjusting to this new life too?

When I step back and consider dating again, the idea of getting to know someone new at this time can be rather scary, because I can’t quite imagine the “good times” yet. It’s been so long since I’ve dated that I almost don’t remember how it’s supposed to go! Dating and new relationships are supposed to be filled with fun, friendship, and hope, but right now I don’t picture much of that, at least not yet. Sometimes I wish I 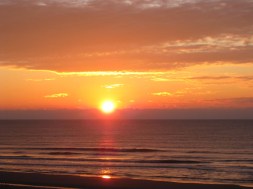 did, but mostly I’m rather glad I don’t so it doesn’t tempt me to waffle on my commitment or fret too much about the future. For the most part, I just remember the end of that last serious relationship and don’t particularly want to go through any more emotional drama (or trauma) for awhile. To me, by giving God the first portion of my new single life, I’m demonstrating my commitment to put Him first above all else AND all others.

As I continue to heal from the events of the last year, the Lord has been filling in many of the emotional gaps that were once filled by my companion. In particular, the Psalms and the latter half of Isaiah have taken on much deeper, more personal meanings to me. The love, affection, and emotional attention that I once gave to my wife is now given to Him, and as a result I am growing much closer to Him. God most certainly is “enough” (what an understatement!) and is able to heal any wound you may have and make you feel completely “complete” regardless of how lost, empty, and hopeless you may feel.

While there are many verses I could list that have grown near and dear to me during this time, the one I’d like to close with is from Romans 15:13:

“Now may the God of hope fill you with all joy and peace in believing, that you may abound in hope by the power of the Holy Spirit.”

Chris resides in Denver, Colorado, where he is employed as a software developer and consultant. He has authored more than a dozen books, as well as developed several websites, software applications, and written software-related articles. His other interests include traveling, hiking, running, studying the Bible, reading American history and politics, and literally devouring good fiction books. Recently, he has been learning to enjoy classical music, playing the piano, and learning Hebrew.
View all posts by Chris Hambleton →
This entry was posted in Character, Christian-life, New Beginnings, Personal, Refactoring, transitions, Trust and tagged Character, Christian, Dating, Divorce, faith, God, Growth, personal, Prayer, transitions. Bookmark the permalink.