This Too Shall Pass

It’s been said that March comes in like a lion and goes out like a lamb. But if that’s the case, then I’ve been stuck in early March for the last five weeks! In the past month, we’ve been to the vet twice, the dentist three times (with one root canal), paid two hefty tax bills, flown across the country, had a death in the family, a piano concert for my oldest daughter, released a new author website, and worked a couple of 60-hour weeks. Today’s the first day in a long while I’ve felt like I can catch my breath that’s more than just a gasp before the next wave hits.

The biggest relief is that the looming do-or-die deadline at the office has come and gone. Finally! The software release that has occupied the better part of the last year and a half is over, and with only a couple of big bumps but no huge catastrophes. The unwritten goal of every software developer is to get through a major release without causing any show-stoppers or data-loss. We may joke “I don’t always test my code, but when I do, it’s in production!” but those times are few and far in between (hopefully!). The last several months at work have been a mix between a whirlwind and a long, frenzied slog through the mire. We’ve been scrambling to make the Bauma convention in Munich that started Monday, and though we released the new system on Saturday, many of us worked over the weekend mitigating performance issues and other problems.

Now, it’s one thing to deliver a typical software release with new features and such by a certain date, but quite another to introduce an entirely new suite of products running on a new platform with new databases using new technologies all in one shot by a specific date that cannot (or will not) be changed. But we did it — and it worked! If there was ever a time for the organization to put their best foot forward, it was at the Bauma Trade Fair, the largest construction expo in the world (530,000+ attendees). Many in the organization put in 12-hour days for months, and during the last two weeks some were practically sleeping at the office in Chennai. Last week, some had to be ordered to go home because they had worked nearly 36 hours straight. To say that our work-life balance is out of whack would be a terrible understatement!

Yesterday at the office, our team seemed kind of numb since we had worked most of last weekend. It’s even a little strange to think that it’s finally over and there’s no more looming deadline to be terrified of. We were so hyped up and up and up until Sunday evening and then everything just stopped when the “deploy to production” button was finally pressed. Of course, we still have some issues to resolve (there’s always one more bug!) but the pace isn’t anywhere near as frantic as it’s been for the past several months. I’ve been through many software releases over the last twenty years, and this one was by-far the longest and the worst. However, the upside is that I’ve learned a lot over the past year and have become well-versed in an entirely new/different technology stack. There’s still so much to learn, but I’m much more comfortable in the open-source world where just about anything goes (“www” = “Wild West Web”, not “World Wide Web”).

To add to the chaos of the last couple weeks, the kids and I flew to DC for a long weekend two weeks ago because I had gotten an incredible deal on airfare back in mid-February. We had perfect spring weather for the short visit, though we missed the cherry blossoms by a week or so. We toured Mt Vernon, saw the sights around the National Mall, the White House, and Capitol Hill. And being from Colorado, we nearly drove into the pot-protest close to the White House (thankfully we didn’t make the news – or did we?!). As we were heading back to the airport, it hit me that had things gone differently last fall, I would still be planning to move there in only a couple months from now. It made me kind of sad to think about how that new path in life was cut-off, or at least put on hold for the next several years. However, the decision to stay put in Colorado will give my kids a stronger bond with one another and better experiences and opportunities in the long-run.

So now that this release is over, work feels rather boring, but in a good way. Though our hours have decreased back to their normal levels, the day seems to drag on and on, particularly in the afternoon. The posts on Slack are fewer and our phones aren’t chiming at all hours of the day and night anymore. Slack in itself is rather addicting, and is almost as bad as Facebook sometimes! There aren’t all these emergency meetings at the last minute and no more frantic testing cycles. I think we all got used to the long adrenaline-buzzes and now it’s just eerily quiet at the office. We’ll have to get used to feeling somewhat bored again now.

Throughout all the challenges over the past year, one phrase has been running through my mind, especially during the crazy-times: “This too shall pass.” I can’t remember exactly where I first heard it, but it was probably from Dennis Rainey or FamilyLife Today about how we go through all these different phases and seasons with our marriages, children, and families. Somewhere along the line, I added “work” and “career” to that, along with the goofy living situation at home. Now that this season of chaotic work has ended, the next season of separating everything out at home, uncluttering, reorganizing, and fully transitioning to a single-parent household will begin.

While I was hoping for some respite from the storms, it doesn’t seem like it’s going to slow down for a few more months, though the storms will be different. Even now, I’m not exactly certain how (or when) everything will pan out with the living situation, but I know that sooner or later, those upheavals will end and there will be a calm before the next storm. Knowing that change is a constant and that no season in this life lasts forever can be very comforting, especially when the times are unpredictable and difficult. 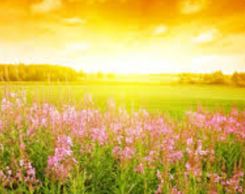 This too shall pass. Those are very refreshing words when you stop and carefully consider them. God is in control of it all and appoints everything a season. Everything. And that’s tremendously comforting in this uncertain world and these uncertain times.

This too shall pass.

For everything there is a season, and a time for every matter under heaven:

Chris resides in Cape Canaveral, Florida, where he is employed as a software developer and consultant. He has authored more than a dozen books, as well as developed several websites, software applications, and written software-related articles. His other interests include traveling, hiking, running, studying the Bible, reading American history and politics, and literally devouring good fiction books.
View all posts by Chris Hambleton →
This entry was posted in Character, New Beginnings, Personal, Software, Work and tagged Agile development, Character, faith, grace, Growth, new beginnings, Seasons, software, transitions. Bookmark the permalink.