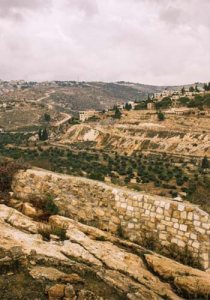 “A man after God’s own heart…” If there were ever a title or a commendation to receive from God Himself, that would be it. In the entire Bible, there is only ONE person given that commendation (aside from Jesus Himself, of course!): David, the lowly shepherd-boy from the hills of Bethlehem who became a king.

Despite his sin, adultery, murder, and dramatic failures as a father, David was still known as “a man after God’s own heart” and he became the standard by which all the other kings in Israel and Judah were measured, and most of them never even came close to measuring up to him. They may have believed in God and faithfully followed Him, but none followed after Him with their whole heart like David except for Hezekiah and Josiah (2 Kings 18:5, 23:25).

What was it about David that made God give him that incredible, personal title? Was it his courage, his military prowess, his administrative skills, his many accomplishments, his musical or poetic abilities, his integrity, his character, his faith, or his reliance on the Almighty, particularly when running from King Saul? Partly yes, but personally I think it was none of these.

I believe that the main reason why the Bible refers to David as “a man after His own heart” was because what David wanted MOST in the world was very simple: he just wanted to be with God. Nothing more, nothing less. David’s entire life and walk with God can be summed up as him wanting simply one thing – just ONE thing that He treasures the most: relationship and fellowship (and obedience, of course). In fact, even after He gave David anything and everything he could possibly want, David still wanted that ONE thing. And David himself says as much in Psalm 27:4:

One thing I have desired of the Lord, that will I seek: that I may dwell in the house of the Lord all the days of my life, to behold the beauty of the Lord, and to inquire in His temple.

What did David want more than anything else in the entire world? To be with the Lord, to behold His beauty, and to inquire of Him in His temple. To simply sit at His feet and love Him. That was David’s One Thing.

Though I’ve listened to the songs of the late Rich Mullins for more than twenty years now (and even wrote a book about his songs, “Walks with Rich”), there was one song that I never really connected with until I began writing this chapter. The song is called (ironically), “One Thing”, with the main chorus/verse being “[You’re] My one thing! You’re my one thing! And the pure in heart shall see God!”

While it’s a decent, catchy song, I never really quite dug into what the song was saying before – to my great loss. Perhaps even without himself knowing it, Rich Mullins somehow linked one of Jesus’s Beatitudes from Matthew 5:8 “Blessed are the pure in heart, for they shall see God” with Psalm 27:4’s “one thing I ask… to see God”. And now that that connection has been made for me, it’s rather hard to let go of it! (Thank you, Rich – I owe you yet another one!)

Curiously, there aren’t too many other people/characters in the Bible who have that same simple yet fervent “one thing I ask” heart and mentality that David does – not even Jesus’s disciples had that same fervor, though Peter and John came close, I suppose. But there was one person that Jesus specifically calls out as having that One Thing that He desires the most, and that’s in the story of Mary and Martha from Luke 10:38-42:

Now it happened as they went that He entered a certain village; and a certain woman named Martha welcomed Him into her house. And she had a sister called Mary, who also sat at Jesus’s feet and heard His word. But Martha was distracted with much serving, and she approached Him and said, “Lord, do You not care that my sister has left me to serve alone? Therefore tell her to help me.”

And Jesus answered and said to her, “Martha, Martha, you are worried and troubled about many things. But one thing is needed, and Mary has chosen that good part, which will not be taken away from her.”

Mary’s One Thing was the same as David’s in Psalm 27: to simply be with the Lord, to sit at His feet, and to look upon His face. If David would have been there along with them, he and Mary would’ve probably been making a complete nuisance of themselves in trying to be the one closest to Jesus! Mary was completely devoted to Him and loved Jesus so much, and simply wanted to be in His presence as much as possible. 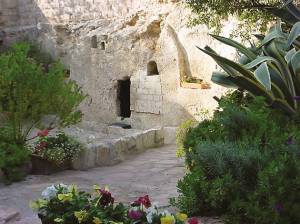 According to John 19-20, she followed Him from His trials to the cross, remained at there close by at the cross, likely went to the Tomb with His body (the Garden Tomb is less than a hundred feet away from Golgotha), then on Sunday was the very FIRST one to go to the Tomb, even though she knew she wouldn’t see His body because of the stone covering the entrance, which she assumed was still there. And then upon seeing the stone was rolled away and that His body wasn’t there, she ran and told the disciples the news.

Several of the disciples returned with her to see for themselves, saw Jesus’s grave-clothes lying there (with no body), and then they returned to where they were staying. However, Mary remained there by herself – weeping – she simply wanted to be close to Jesus (even though He had died), but now He wasn’t there and she was very upset that His body had been stolen. Knowing Mary and her great love for Him, if he would’ve been there, she probably would have visited His grave every day for the rest of her life! As she gazed into the Tomb to look for Him again, she saw two angels inside – but then she realized someone else was standing behind her. From John 20:15-16:

He asked her, “Woman, why are you crying? Who is it you are looking for?”

Thinking he was the gardener, she said, “Sir, if you have carried him away, tell me where you have put him, and I will get him.”

She turned toward him and cried out in Aramaic, “Rabboni!” (which means “Teacher”).

Who was the very FIRST person to see Jesus after His resurrection? It wasn’t Peter, James, or John, His three most faithful, trusted disciples, but Mary – the one person who had found the One Thing that He desires most and who simply, solely wanted to be with her Lord. The “pure in heart”, or those who have found that One Thing that God desires most, are the ones who will see God. Like Mary. Like David. Like Rich.

Note: Excerpts taken from “The Author of Life: Hearing and Knowing the Heart of the Living God” (Available in late April 2020 on Amazon!)

Chris resides in Denver, Colorado, where he is employed as a software developer and consultant. He has authored more than a dozen books, as well as developed several websites, software applications, and written software-related articles. His other interests include traveling, hiking, running, studying the Bible, reading American history and politics, and literally devouring good fiction books. Recently, he has been learning to enjoy classical music, playing the piano, and learning Hebrew.
View all posts by Chris Hambleton →
This entry was posted in Uncategorized. Bookmark the permalink.