Single, Divorced, or Other?

Yesterday was Valentine’s Day — another weird “first” for me in this new phase of life. For the first time in twenty years, I haven’t had to even think about what to buy, where to go to dinner, or any of the other romantic planning that goes into Valentine’s Day. It was both a little sad and honestly a bit of relief at the same time. Yesterday’s highlights were church, taking one daughter to a cos-play con, and then listening to the other play the offertory at the evening service at our old church.

Then today, another weird “first” for me came this morning when I was signing up for the Rooted program at church to get more connected. Halfway down the page were the dreaded “Single”, “Married”, or “Divorced” checkboxes that I’ve been able to avoid so far. Ugh — is it really necessary to pick one? But sure enough, it was required. (Ugh #2 — web-developers!) Though I’ve been attending Crossroads for most of the past year, I haven’t quite felt in a place to put down new roots until the last couple weeks. Ironically, last year the church had a group/ministry called “Singles 2.0” which was geared towards older singles and those who are divorced…I don’t really want to think of myself as a 2.0 anything!

Along with the changing of marital status comes a changing of identity, which is rather poignant on those forms. But really, what am I now, and more importantly, what (or who) do I want to be? After thinking about it for awhile, I ended up choosing “Divorced”, mostly because it was the most honest of the available choices and I had to pick one to submit the form. However, I was sorely tempted to add my own: “Unmarried”. If our culture can somehow come up with 50+ gender possibilities, then surely we can have a few more marital statuses! Only in a morally ambiguous culture can we turn simple yes-no, true-false questions into more than four dozen choices that are all equally “valid”.

Personally, I’ve never liked the term “Single” because of the stereotypes (particularly in Western culture): being alone, unencumbered, and having many fleeting, tumultuous, and uncommitted relationships, etc. One of the most painful perceptions of Singles (and Single 2.0’s) is that they’re either unwilling or unable to find a suitable partner, or that they’re too picky, too immature, or too selfish and self-absorbed to settle down. These may not be very accurate representations, but to many people, perception is reality — especially in larger groups (and in many churches as well).

I don’t like the term “Divorced” either because of all the negativity it represents — which it should. It’s good that much of our culture still frowns upon divorce to some extent whether we’ll admit it or not. Though divorce has become much more accepted in the West than it used to be, it’s still not perceived in a good light. I have yet to hear someone say “Congratulations!” in a non-sarcastic tone upon hearing of another’s divorce, though I’m sure it happens. Divorce-parties and now divorce-selfies are completely tactless and mock the tragedy of what has really transpired. 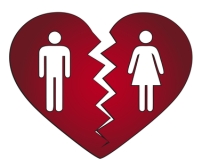 Divorce signifies the severing of the greatest commitment, the destruction of a lifelong promise of intimacy, security, and trust — and if you’re religious, a broken covenant. Divorce represents a failure for one or both people to love, forgive, compromise, and sacrifice, to put someone else ahead of yourself, to put their needs and desires ahead of your own. Divorce is destruction, a complete ripping, tearing, and severing of hearts, souls, and lives. Divorce is giving up, surrendering, and quitting. Divorce is nothing less than the death of the most sacred and most beautiful of human relationships. It grieved me to have to choose “Divorced” because it might as well have read “Failed” or “Rejected”.

With all that said, the term I think I prefer in this recent change in identity and marital status is simply “Unmarried”. Why? Mostly because it doesn’t have all the perceptions and stereotypes associated with it that “Single” or “Divorced” have. As one who is “Unmarried” I am decidedly not alone though I have no partner or companion. I was married but am no longer. I have committed relationships with my children, family, and friends and am actively strengthening those ties. I do not have fleeting, tumultuous, superficial relationships and am careful about who I spend time with. I am decidedly not unencumbered and not too immature to settle down. And while I may be companionless now, that doesn’t mean I couldn’t find a suitable companion if I earnestly sought one. The world is a pretty big place — I’m pretty sure there’s at least one among the tens of millions of eligible women I could settle down with!

But my identity is not defined by whether I am married or not, it’s by who I am in Christ — that I am a part of His Body. It doesn’t matter whether I’m married or divorced, single or widowed, black or white, rich or poor, free or enslaved; all that matters is who I am in Him.

In 1 Corinthians 7, Paul makes a pretty good case for remaining unmarried (or single), which was frowned upon back then even more than it is today, especially in religious circles:

25 Now concerning virgins: I have no commandment from the Lord; yet I give judgment as one whom the Lord in His mercy has made trustworthy. 26 I suppose therefore that this is good because of the present distress—that it is good for a man to remain as he is: 27 Are you bound to a wife? Do not seek to be loosed. Are you loosed from a wife? Do not seek a wife. 28 But even if you do marry, you have not sinned; and if a virgin marries, she has not sinned. Nevertheless such will have trouble in the flesh, but I would spare you.

Something I’ve been rather disappointed in is the strong perception in most churches that being single is bad, selfish, or immature, that being married is THE preferred marital status to have. I think many singles — especially those of us who are unmarried — in many churches are perceived as second-class citizens, though maybe we just perceive ourselves that way. I think I can safely make that claim after experiencing it from all three perspectives: single, married, and now divorced. If you’re single, the perception is that you should be married (the sooner, the better!); if you’re married, you’ve “arrived” and now it’s happily ever after; and if you’re divorced…well, to be blunt the perception too often is: “What did you do to cause it? Why did you fail?

Notice in the passage above that Paul not only affirms the status of being single (ahem –unmarried), he practically elevates it above being married. Why? Because of the dramatic difference in focus and cares of those who are unmarried versus those who are married. Those who are unmarried are more able to focus on the Lord and seek to please Him with their lives, while those who are married are divided between the Lord and their spouse. Remember that verse about not being unable to serve two masters? Though it was focused on money, the principle of being torn between serving two masters can easily be applied to marriage: serving God and serving your spouse, which often may not be in agreement. And that inherent conflict occurs in even the best and most godliest of marriages.

For all its up’s and down’s and even the way it ended, I liked being married. I’ve never been very comfortable being single. Marriage (and fatherhood) helped me grow up and made me a better man. The older I get, the more selfish I realize that I was — and still very often am. Marriage is that unavoidable mirror that shows us for who we really are, not for who we imagine ourselves to be. Marriage helped me to learn to put others ahead of myself and take responsibility even when I didn’t want to. Marriage taught me to say “I’m sorry” and “Please forgive me” more often than I care to admit. Marriage helped me relate to much more of the Bible and God in a much deeper, more complete way than I would’ve been able to had I remained single two decades ago.

With that said, being unmarried has its benefits too. I no longer have the divided focus and can seek after God more fully than I could before. I feel much more dependent upon Him for meeting my daily needs and longings than I did while I was married. I am able to travel, volunteer, write, and pursue other interests that I simply couldn’t before. I feel much less pressure to maintain a certain level of income because I no longer have to provide for someone else for the rest of my/their life. I never felt as available to serve as I do now. I am much more free to manage “my” time, finances, and energy than I did when I was married, though working full-time and raising two daughters consumes most of that (and then some)!

Sooner or later, I’ll need to settle for myself whether I should remain unmarried or seek to be married again. Both avenues have their pros and cons, delights and drawbacks. Of course, God has this wonderful way of upsetting whatever plans I usually try to make, especially the ones that are carefully laid. I figure that as soon as I think I have the matter thoroughly settled in my head and heart and will have made peace with everything, He’ll toss a curve-ball and throw me off again. It’s not that He’s malicious or anything, it’s just that He wants us to understand that we’re not in charge of much of anything — He is, and we’re to rely upon Him for everything and be thankful for it all…including all those pesky little checkboxes.

“There is neither Jew nor Greek, there is neither slave nor free, there is no male and female, for you are all one in Christ Jesus. And if you are Christ’s, then you are Abraham’s offspring, heirs according to the promise.” — Galatians 3:28-29