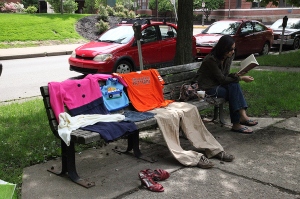 The Rapture. The Vanishing. Millions of sets of empty clothes lying in the streets, in cars, in airports. The subject of one of the greatest best-selling Christian fiction works of all time (“The Left Behind Series”).

To briefly introduce the subject, the Rapture is typically viewed as the event in which Jesus returns in the sky and all living believers in Christ will instantly be caught up with Him in the clouds (“raptured”), removed from the earth and be transformed into their heavenly forms without experiencing death. Then, before Jesus’s return to earth to reign from Jerusalem, the world will go through the Tribulation, seven years of literal hell on earth in which nearly all restraints on evil will be removed. At the end of those seven years, the battle of Armageddon (northwest of Jerusalem) occurs and the Messiah destroys all His enemies.

According to Jesus Himself, “no one knows the day or the hour” in which He will return, so this event is always imminent. Yet if you study the various prophecies of Daniel and others, there is a definite timeline for the Messiah’s coming, even though Jesus appears to say the opposite. From Daniel and Revelation, His Appearing will occur exactly 1260 days after the not-yet-rebuilt Temple in Jerusalem is desecrated. Therefore the  simplest reconciliation between this disparity is that there are actually two Second Coming events just as with His First Coming and His Second Coming. Though most Christians believe in His imminent return and earthly reign, the views on the Rapture vary mostly in its timing, from before the Tribulation (Pretrib), during the Tribulation (Midtrib), to after the Tribulation (Posttrib).

About fifteen years ago, I got onto this in-depth Bible-prophecy kick, especially concerning the Rapture and the various End Times scenarios related to Israel. Part of that was due to the popular Left Behind books, but also as a result of finally studying the Bible for myself and taking the Word seriously and literally instead of generalizing and spiritualizing it. Eventually, those studies became the basis for my first book called “The Time of Jacob’s Trouble” which portrayed an Israeli family going through the End Times and then into the Millennium (the 1000-year reign of Christ). Of all my books, it’s still my favorite because I poured my heart and soul into it, and even rewrote it into a trilogy after visiting Israel in 2010.

Somewhere along the line (probably in the midst of writing that first book), my passion for the Rapture and End Times became skewed and turned into something almost on the order of apologetics, in that if teachers or churches didn’t hold to certain End Times notions, then in my mind they weren’t as “Christian” as they should be, or even on the order of being false-teachers. After all, wrong eschatology leads to Amillennialism and Replacement Theology (in which the Church has replaced Israel), and suddenly the Bible can say whatever you want it to, which has happened in numerous denominations over the years. Though now I recognize that as being rather foolish and hard-headed (and hard-hearted), at the time that reasoning made perfect sense because once someone starts spiritualizing Bible prophecy, they can spiritualize literally anything in the rest of it! 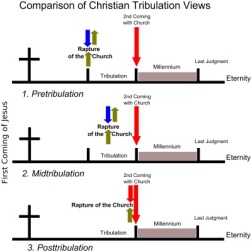 In the grand scheme of things, one’s stance on Bible prophecy is of some importance, but is not critical to one’s theology as it is with repentance and salvation, the essential doctrines. John Piper and DesiringGod.org have been a tremendous encouragement to me over the last several years, but I missed out on those precious resources for most of my Christian life because I strongly disagreed with their stance on Israel and the Rapture. To quote a good friend from church, I was “majoring in the minors and minoring in the majors.”

A big change in my thinking of the Rapture and its real importance occurred earlier this year as I was finishing the book “66 Love Letters: A Conversation with God That Invites You Into His Story“. In the End when it’s all said and done, what will the Rapture and all the various views on the End Times really matter? Before we know it, those events will be in the distant past and they won’t matter a bit in Eternity! Getting more personal for a moment, when things blew apart in my life awhile back, none of the prophetic stuff mattered or helped at all — it was completely meaningless. All that knowledge, time, energy, and passion I had poured into it didn’t matter. I had spent so much time learning about God and His prophetic plans that I didn’t get to know God Himself as closely as I should have. I almost wanted to go into the local Christian bookstores shouting, “Vanity, vanity, all is vanity!”

Something that has always stuck with me since reading C.S. Lewis’s “The Screwtape Letters” (in addition to ‘My Dear Wormwood’) is the vice of distractions and how easy it is for the Enemy to bump us off-track. When he can’t do it with sin, he uses religion, eschatology, or anything else. Satan loves us to get distracted from furthering God’s Kingdom and helping others, especially if it’s done under guise of Christianity. Whatever distracts us and keeps us from reaching out to others is what the Enemy revels in. And if those distractions cause splits and disunity among believers, all the better! He loves dividing us and pitting us against one another, especially when it involves God’s Word. It’s so easy to differ over the Scriptures on even the most insignificant things; there are so many reasons to fall into disunity. It’s always so much easier to split over the Minors instead of uniting on the Majors. Division comes naturally, but real unity takes hard work!

Along with pointless divisions, consider the simple dollars and cents of the End Times squabbles and how it affects living, breathing people. So much time, effort, and money is spent on rather insignificant things instead of helping others who genuinely need it. Millions upon millions of dollars (if not billions) have been spent on the “Left Behind” books, movies, and merchandise. Aside from the authors and those employed in publishing the books, did they meet anyone’s tangible physical needs? We American believers apparently have oodles of cash to spend on expensive Christian books, paraphernalia, and even glossy new Bibles but not on countless hurting people who struggle to live on less than $1 a day! We should be ashamed that the world often seems to have more compassion on real people and their physical needs than the Church as the Body of Christ. Instead of buying more Christian books and movies for ourselves, we could be financing micro-loans and donating to help others that will make a huge difference in their lives.

Stepping back and examining how my priorities and view of Bible prophecy became so skewed, I think there were two primary elements that were involved: Pride and Fear. Pride in that I wanted to know more than everyone else when it came to the Bible and the End Times. How foolish of me! Imagine being prideful about the one Book in the world that disparages pride more than anything other character disease! And then there’s Fear – that very personal fear that I might have to go through the horrors of the Tribulation if the Rapture were somehow not true.

But what does the Tribulation and the Rapture really even matter to me as a disciple of Jesus? My destination is assured — it’s been guaranteed by Christ Himself and God’s Holy Word! He knows exactly how and when I’ll take my last breath, and if my head happens to roll off my shoulders, so what? He’s going to give me an entirely new body anyway, regardless of how well (or how poorly!) I preserve this one! If the Rapture happens, great – by God’s grace I get to avoid death and the Tribulation. However, if we as believers happen to go through the Tribulation and are martyred, that’s great too because we’ll be given a “better” resurrection (Hebrews 11:35). To sum it up, either way we Christians can’t lose because Christ has already won!

Another reason I believe I got off-track was because of where I live (North America) and the peculiar brand of materialistic, individual-centered Christianity that has flourished here in this Land of Liberty. In the United States, there seems to be this palpable fear of persecution and suffering in American Christendom, though as Christians that’s what we’re appointed to! As Dietrich Bonhoeffer said, “When Christ calls a man, He bids him to come and die.” We can try to sugar-coat it all we want, but Christ calls us to literally sacrifice our lives for others — believers and unbelievers alike.

And what makes us modern American Christians think we’re somehow special compared to all the other Christians across the world? We have no say whatsoever in where we’re born! What makes us think that we should be exempt from what most Christians for the last two thousand years have had to endure, often gladly and boldly suffering for their faith? Is our present life here in America even remotely comparable to that in Eternity? Haven’t we been born into this Land of Blessings in order to be a blessing onto others? Jesus doesn’t call us to cling to our guns, religion, and antipathy towards others who are different from us – He calls us to follow Him wherever He may lead in order to reach the lost and to cling to Him and Him alone! Christ calls us to offer ourselves as living sacrifices much the way He did Himself. 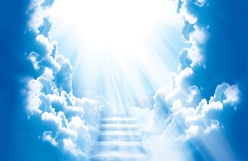 Now, with all that said (whew!), I still personally believe that the Pre-Tribulation Rapture will occur for many Scripturally-sound reasons, but it doesn’t really matter in either the long or short term. Christ wants me to keep my eyes focused on Him and nothing else, not even interesting Scriptural trivia, nuances, and theories. Regardless of our eschatology, the fact remains that Jesus Christ is coming soon, and when He does, every eye shall see Him! Every. Single. Person. Today, I am almost ashamed of my various accomplishments because so many will be burned away when that wonderful Day comes, that I lost so many Major opportunities because I was so distracted by the Minors.

Anything that distracts and hinders us from Christ should be considered rubbish (rotten, dung-filled garbage!) – it’s merely wood, hay, and stubble when compared to our works before Christ. But following Him, loving others, and ministering to their needs? Those acts of love and service are pure gold in God’s eyes and are ALL that will survive when our lives are examined by Him one day!

Chris resides in Denver, Colorado, where he is employed as a software developer and consultant. He has authored more than a dozen books, as well as developed several websites, software applications, and written software-related articles. His other interests include traveling, hiking, running, studying the Bible, reading American history and politics, and literally devouring good fiction books. Recently, he has been learning to enjoy classical music, playing the piano, and learning Hebrew.
View all posts by Chris Hambleton →
This entry was posted in Character, Christian-life, God, Israel, Personal, Refactoring, Trust and tagged Character, Christian, faith, God, grace, Growth, Prophecy, refactoring. Bookmark the permalink.