Compassion. Sometimes it pops up in the most surprising of times, places — and people. A couple weeks ago when glancing over the political headlines, Donald Trump struck a low-blow against Hillary Clinton over her brain “short-circuiting” and I suddenly felt two very strong emotions: disgust towards him and compassion towards her. That’s right — compassion.

In political news over the last couple weeks, Clinton’s health has become a topic of “concern”, particularly on the Right. The rumors over her health range from lingering issues from her 2012 concussion to Parkinson’s to dementia to hypothyroid issues. This year, though she was the prospective Democrat candidate, she didn’t have a single public press conference in 2016 until August — almost as if she were in “hiding” of some sorts. Candidates usually have numerous press conferences because they’re practically free publicity, especially during the primary season. In contrast, Trump has held over a dozen. And of course, the following headlines (compliments of Drudge) and picture above don’t help dispel the Hillary health-concerns any either:

As a former Republican (RIP 2014), the compassion I’ve been feeling towards Hillary recently has caught me by surprise. Of course, it’s mixed with other feelings, but the phrase that keeps popping up in my head is “How the mighty have fallen.” Before Obama took the DNC by storm, the Clintons were the de-facto face of the Democratic Party. On the Religious Right, they were quietly referred to the American Ahab and Jezebel. When Bill Clinton was president, they were a fitting caricature of the two infamous Biblical villains: a weak, charismatic “king” and a domineering, ever-scheming “queen”.

From the unrelenting investigations, scandals, and impeachment, the Clintons have continually been in the news for the last twenty-five years. So much press has been generated over them it’s challenging to separate fact from fiction most of the time. Even after leaving office, Hillary was the most polarizing Democratic political figure, possibly even more than Obama. Whenever the GOP would need to raise cash, they would just start mentioning Hillary in their ads and talkshows and the cash would pour in. In politics, we are taught to despise, to vilify — to hate. And this isn’t confined to American politics, of course; it’s just amplified because the media has such a widespread influence here.

But instead of this diabolical villain as her political/personal enemies would paint her, how would God have us approach Hillary and the rest of the candidates in this turbulent election season? What does God see when He looks at Hillary? Does He see her as she is now or does He see the entire span of her life? God saw her when she was conceived, born, and the joy and hope she brought to her parents while she was growing. He watched her crawl and then take her first steps to her parents’ delight. He watched her giggle and twirl and hug the family-dog and play dress-up. He watched over her at night while she was snuggling with a favorite stuffed animal and when she woke up. He watched her dream of what she might grow up to be. She is someone’s daughter, friend, grandmother, mother, and wife (for better or worse). She’s allowed herself to be humiliated numerous times by her husband’s incredibly-public infidelity. The depth and breath of personal humiliation and embarrassment she’s endured over the years must be utterly staggering!

As we read the political news, we tend to think that the sole focus is on the various personalities involved, about what God is doing with them and how they’ll influence the country if elected. But how often do we consider what God is doing inside US when it comes to politics and those who we’re for and against? I think that God is much more concerned about OUR individual attitudes and responses towards others — even our political adversaries — than about the actual political outcomes and ramifications themselves. I think that God would have our attitudes be much more like one of the examples He has written in the Bible about 3,000 years ago: “David vs Saul 1010 BC”.

Though there were no elections in ancient Israel, there was a great deal of political strife and people were sharply divided between the two camps of Saul and David, which could have easily led to a civil war. As king, one held enormous power while the other had been anointed the next in line for the throne, and the king was actively trying extinguish that threat. Saul was relentless in his pursuit of David, hounding him at every turn and forcing him to abandon everything and everyone he held dear to flee for his life. Yet consider how David mourned over Saul when he heard of his death — he tore his clothes, fasted, and wept bitterly for his king. He composed at least one song for him and nearly led the nation in mourning for him. And this wasn’t just for another political enemy, this was towards the tyrant who had tried to skewer him at least twice, hunted him like a dog for years, gave his first wife to another, and driven him (and his family) into hiding for years.

So with that in mind, how would Christ respond during this heated election season? What lessons does Jesus have for us concerning our adversaries, both personal and political? What attitudes would He have us cultivate and develop even in politics? I believe that He would have us learn to forgive, to bless, to respect, to have compassion. When our enemy is thirsty, give him/her a drink. When our enemy is sick, care for them. Don’t kick them when they’re down. Love them regardless of who they are and what they’ve done and let God deal with the details. This election is just as much about us and our attitudes as it is who’s elected to office. Our behavior towards our adversaries is not about us being “the bigger/better person” or even doing it because we’re Christians, Jews, Buddhists, Muslims, or any other religion. It’s about treating the other person for who they are: a unique, beloved creation of God. 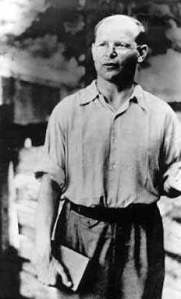 Going a couple steps further away from mere politics, what should our response be to the various “enemies of the faith”? What if a Hitler was elected to office again? Note that Hitler was elected by a democratic process and then began his reign of terror with willing accomplices and a compliant electorate. By himself, Hitler was nothing — but with the support of much of his nation, he became a tyrant. As for one of the foremost German Christians who resisted Hitler, Dietrich Bonhoeffer’s biggest black-mark on his witness was his participation in the attempted assassination of Hitler, for which he was later hung only three weeks before the Nazi regime collapsed. Yes, the German dictator was a monster and was responsible for the millions upon millions of deaths, including triggering the Second World War which cost over 80 million lives (estimated). Yet God allowed him to take and hold power, and assassinations are rarely His means of removing people from office.

How should we as Christians respond if a truly wicked person takes office in America? What about a Nero who would use Christians for garden-lanterns for his personal entertainment? What about a Mao Tse-tung or a Josef Stalin? From what I’ve gleaned from the Scriptures (Matt 10:23), we are to “Flee, but not fight.” Though Christ did admonish His disciples to take a sword once, nowhere in the New Testament do believers ever take up arms to defend themselves. However, they do flee persecution and when apprehended, they submit to the authorities regardless of the charges against them. Peace and civility and submission to the authorities trumps individual rights in Paul’s numerous adventures. The mindset of Americans running out and buying guns and ammo whenever a Democrat is elected to high-office is the exact opposite way that we Christians should be behaving. After all, what’s the worst they could do, even the real tyrants like Hitler and Nero? Kill us? Paul said it perfectly: “To live is Christ, to die is gain!” (Phil 1:21)

And while this post been mostly directed towards Hillary, the same holds true for Donald Trump, though he has other significant character issues — namely his huge ego and pride. While Hillary has a history of corruption and straddling the line between legal and illegal, Trump’s enormous pride and arrogance is an even bigger issue. Sooner or later, everyone is humbled — including Donald Trump. To watch him mock and demean his political opponent with comments such as having “a short-circuiting brain” is disgusting. Did Trump win the primaries by having better policies than the others or just by being able to grab more headlines with his careless words? A big part of being humbled is being humiliated, and if he loses this election — particularly to Hillary (who also happens to be a woman) — in his own mind and ego, Trump will be humiliated. Unfortunately, his pride will probably keep him blinded to the lessons he’s supposed to be learning. Trump may be many things, but he has never been a servant to anyone, much less a public servant to a rather demanding and divided electorate.

As this election approaches, let us keep in mind COMPASSION for those around us, regardless of our passing political opinions. Let us frequently recall and appreciate the reality of our circumstances and be wary of how the media or parties might portray them. In this great land of ours, we Americans are incredibly, undeservedly blessed — BLESSED!

We are BLESSED to live in a country that is politically stable, where our leaders don’t seize office by violence, where ballots not bullets decide our elections.

We are BLESSED to not have roving bands of militants pillaging, kidnapping, enslaving, raping, and murdering innocent civilians.

We are BLESSED that there hasn’t been a significant political assassination in nearly 50 years, that though we might often disagree with those in office, we hold to the Rule of Law and let due-process take its course.

We are BLESSED for all the freedoms and opportunities we have that we so often take for granted, that we have an abundance of food, shelter, and resources.

“…If your enemy is hungry, feed him; if he is thirsty, give him something to drink; for by so doing you will heap burning coals on his head. Do not be overcome by evil, but overcome evil with good.” — Romans 12:20-21

Chris resides in Denver, Colorado, where he is employed as a software developer and consultant. He has authored more than a dozen books, as well as developed several websites, software applications, and written software-related articles. His other interests include traveling, hiking, running, studying the Bible, reading American history and politics, and literally devouring good fiction books. Recently, he has been learning to enjoy classical music, playing the piano, and learning Hebrew.
View all posts by Chris Hambleton →
This entry was posted in Character, Christian-life, God, Opinion, Personal, Refactoring and tagged Character, Christian, forgiveness, personal, politics, refactoring. Bookmark the permalink.