Life is full of tough decisions — and when it comes to politics, sometimes repugnant decisions! Though the 2016 political season has been ongoing for the last year, we only have a couple weeks left until the general election. Then — it’s back to “life” as we know it. 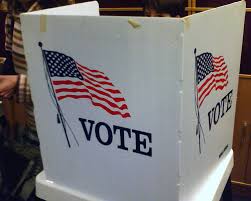 Personally speaking, I haven’t been paying much attention to much of it this season because frankly, both candidates rather disgust me. It’s not merely a matter of choosing the lesser of two “evils” this time because both have been running neck and neck for most of their careers! One candidate has a long history of corruption and subversion of the law, while the other is, well — Trump, a crass egomaniac with absolutely no political experience (probably not even student council!).

Something that’s rather unique in this election (at least for me) is accepting that there is no “clear” choice between the two candidates and the country will continue to be deeply divided for the next 4-8 years, as it has been for much of the last 25. The only times I remember real unity in America was in the 1990’s with Bush I and briefly after 9-11 with Bush II. Otherwise, the country has been continually and bitterly divided for the better part of the last three decades. In 2016, both candidates are viewed as “evil” by their opposition, regardless of the evidence denying (or confirming!) their opinions. Both candidates have psychopathic tendencies and long lists of accusations and accusers. Sadly, the nation is so polarized now that there will be demands for impeachment for whichever candidate wins before even the last ballot has been counted in November!

1) Don’t Vote. Don’t vote, don’t encourage them. I’m not saying completely abstain from the political process, just don’t cast a vote for the president. As a citizen of a constitutional republic, I believe we do have a responsibility to participate in the democratic process. In this republic, the people choose their government at all levels of society. However, there’s no law that says you MUST vote, nor are there any biblical or moral laws that would be broken by abstaining from this cockamamie election. If you have a clearer conscience by NOT voting than having to choose among these two candidates, then simply don’t vote for either one…

2) Third Party (any of them!). In my opinion, third-party votes are simply wasted votes, though it is a valid choice. If anything, voting third-party has the same result as not voting but keeps the facade of “choice” and the “hope of change” going. Third-parties typically split the vote of whatever primary political party they lean towards. The Libertarian Party is a mixed bag of both major parties and is almost a crap-shoot. The only time a third-party (the Progressive “Bull Moose” Party over 100 years ago) was moderately successful was because it split the Republican vote, which handed the election to Democrat candidate Woodrow Wilson, who promptly reintroduced segregation, the Federal Reserve System, and threw us into WWI. America has a two-party system that’s been entrenched since the Thirteen Colonies under Britain (Whigs and Tories) and that’s just the way it is. We don’t have parliamentary system (thank goodness!) and though frustrating, two-party political systems tend to be more stable and predictable than others.

3) Hillary Clinton. Clinton is an expert in power politics and has been mired in controversies and scandals for decades. Her pay-for-play schemes with the Clinton Foundation (particularly over Haiti) are the latest that have come to light. She’s had many of the same mentors, advisers, and community organizers as Obama, and would likely continue the same poor economic policies we’ve had, as well as the destabilizing policies in the Middle East while not addressing terrorism (or at least the source of terrorism). She would continue to pressure Israel to negotiate with terrorist organizations like Hamas, the PA, and push against the only free, stable democracy in the Middle East. Clinton is extremely polarizing and has demonstrated that she cannot be trusted with significant power (though she isn’t a hothead like her opponent). She has been embroiled in investigations for years and her presidency would only produce more of the same: endless investigations, polarization, corruption, and abuse of power. 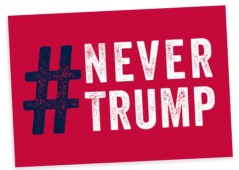 4) Donald Trump. Trump is an unapologetic egomaniac, womanizer, and narcissist, as well as a shady businessman and tax-cheat. Practically everything he builds or buys is renamed in his honor. Who knows what would be renamed in DC if he were elected president! Trump is extremely divisive, shrewd, polarizing, and rather xenophobic. He’s an irresponsible, reality-TV loudmouth who riles up his crowds and then excuses himself from the ensuing chaos that he created. Though he has a long history as a CEO, the federal government is NOT a corporation and cannot (and should not!) be administered like one. (Thank you, Washington, Hamilton, Madison, Adams, and Jefferson!) If elected, it’s quite likely that Trump would make an utter mockery of the presidency and the country with his character, personality, and policies. If he blows his stack at his own hired staff, how will he possibly handle Congress who will oppose him at every turn? Trump comes off as a bloviating hothead who doesn’t understand (or care about?) the consequences of his rash words and decisions, especially in global matters. One cannot shoot from the hip like Bush II without far-reaching consequences and often bloodshed, as we’ve seen with Iraq, Syria, and other unstable nations. If president, Trump would be incredibly ineffective and likely govern like several other 19th Century presidents like James Tyler or Zachary Taylor — he would get elected but govern very poorly.

5) Split the Ticket. Vote for one candidate as president, but then vote for the opposing party in all the other offices. The Founders distrusted everyone with political power — even themselves — and put constitutional structures in place such as “checks and balances” and “separation of powers” to prevent (or at least minimize) power from accumulating. They rightly understood that government always grows in size and scope, and at the expense of individual liberty. The Constitution and the federal government it created was designed not for efficiency, but for gridlock to keep federal power divided and restricted. Historically, political parties are the most dangerous when they control more than one branch of government (ie, both the Presidency and the Congress). Splitting the ticket divides the power and minimizes the impact either party can have. The other good news is that the party that wins the Presidency usually loses Congress two years later…

In deciding the responsible thing to do as both a Christian and an American citizen in this election, it’s painfully clear that neither of these candidates can really be trusted with power, yet someone will be elected in order to run the federal government. I find myself evaluating their sponsors and supporters more than the actual candidates themselves, because my opinions are much more solid on those people and organizations, and they have a much longer (and better documented) history. Both candidates have deep character flaws, a sordid history of scandals and corruption, and worship the Almighty Dollar regardless of their religious affiliation! In particular, I was quite disgusted with the contortions of several Christian leaders trying to claim that Trump is indeed “saved” so the GOP can rely upon the evangelical vote again. To be candid, we’re voting for an administrator of a secular government, not a minister — and thank God our government IS secular and maintains a strict Separation of Church and State (surprisingly, a Christian principle). However, apology or not, what does it say about Trump’s character to be speaking of any woman in the crude/vile terms he did several years ago, particularly as a father of two grown daughters?

The unfortunate reality of the matter is that one of these two deeply-flawed candidates will win this election and we’ll be stuck with them for the next four to eight years, for better or worse! The Bible instructs us to pray for our leaders regardless of how likable or unlikable, honest or corrupt, good or evil, godly or ungodly they are. Therefore, the following are a few of the questions that should be asked before entering the voting booth this fall:

Which is the more faithful or trustworthy candidate, both personally and professionally? How does their personal life affect their professional life? Is this person capable of doing the job regardless of their personal flaws? Which can be trusted more with the immense power that comes with the highest office in the land?

Could you entrust your children’s lives with them, which you will be if they’re serving in the armed forces? Does the candidate respect and support the military, which protects both our sovereignty and provides some measure of stability throughout the world?

Would the candidate appoint the best, most qualified people to their administration, or simply return political favors to their friends and donors? Would they appoint officers who would be faithful to their oaths and adhere to the Rule of Law? Does the candidate have a history of cronyism and scandal?

Would the candidate further divide the country and worsen the instability, particularly when it comes to race problems, the police/civil authorities, immigration (legal and illegal), and other societal issues?

Would the candidate seek to undo or uphold the policies (and executive orders) of the previous administrations, especially with regards to Iran, Iraq, Syria, and certainly Israel. The last two presidents have dramatically destabilized the Middle East during their tenures and have demonstrated that the US is very fickle both politically and militarily. Because of the Arab Spring and the mess in Iraq, the already-volatile region has been thrown into chaos, millions of people have become refugees, and Iran, the foremost sponsor of terrorism in the world, has practically been handed the Bomb (and a ton of cash) in exchange for little more than empty promises.

Will Clinton or Trump being elected mean the end of the country? No, not any more than Obama or Bush being elected did. Any change a president makes can be reverted by another, and both the Congress and the Supreme Court can (and have) restricted the power of an unpopular or even renegade president. America is not a dictatorship and is far stronger, smarter, and better than whoever our president happens to be.

Lastly, America’s future is in God’s hands, just as every other nation’s future is. As I see it, America will continue to be blessed as long as we continue to bless and support Israel (Genesis 12:2-3), though we won’t be free of problems nor the consequences of our own decisions. The regathering of Israel as described in Ezekiel 36-37 will continue on His time-table regardless of who resides in the White House. God is completely sovereign and in control, and we can trust Him with our nation’s — and our own — future.

“…He changes the times and the seasons; He removes kings and raises up kings; He gives wisdom to the wise and knowledge to those who have understanding. He reveals deep and secret things; He knows what is in the darkness,And light dwells with Him.” — Daniel 2:21-22

Chris resides in Denver, Colorado, where he is employed as a software developer and consultant. He has authored more than a dozen books, as well as developed several websites, software applications, and written software-related articles. His other interests include traveling, hiking, running, studying the Bible, reading American history and politics, and literally devouring good fiction books. Recently, he has been learning to enjoy classical music, playing the piano, and learning Hebrew.
View all posts by Chris Hambleton →
This entry was posted in Christian-life, Opinion, Refactoring and tagged Opinion, personal, Political, refactoring. Bookmark the permalink.